Meet the men of Oxford magazine! In the first captivating spin-off of Lauren Layne’s Sex, Love & Stiletto series, a not-so-friendly battle of the sexes turns into a scorching office romance.

Hotshot sports editor Cole Sharpe has been freelancing for Oxford for years, so when he hears about a staff position opening up, he figures he’s got the inside track. Then his boss drops a bombshell: Cole has competition. Female competition, in the form of a fresh-faced tomboy who can hang with the dudes—and write circles around them, too. Cole usually likes his women flirty and curvy, but he takes a special interest in his skinny, sassy rival, if only to keep an eye on her. And soon, he can’t take his eyes off her.

Penelope Pope knows all too well that she comes off as just one of the guys. Since she’s learned that wanting more usually leads to disappointment, Penelope’s resigned to sitting on the sidelines when it comes to love. So why does Cole make her want to get back in the game? The man is as arrogant as he is handsome. He probably sees her as nothing more than a barrier to his dream job. But when an unexpected kiss turns into a night of irresistible passion, Penelope has to figure out whether they’re just fooling around—or starting something real. 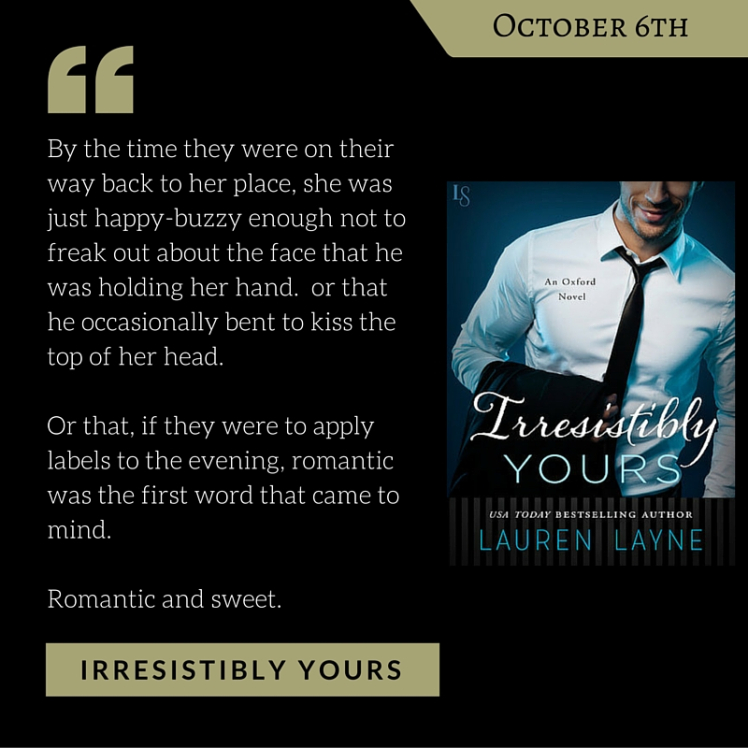 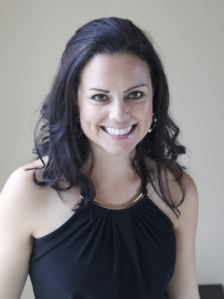 Lauren Layne is the USA Today Bestselling author of more than a dozen contemporary romance novels.

Prior to becoming an author, Lauren worked in e-commerce and web-marketing. A year after moving from Seattle to NYC to pursue a writing career, she had a fabulous agent and multiple New York publishing deals.

Lauren currently lives in Manhattan with her husband and plus-sized Pomeranian. When not writing, you’ll likely find her running (rarely), reading (sometimes), or at happy hour (often).

Cole had been watching the brunette for the better part of three innings.

Which was just wrong on a couple of levels.

For starters, it was a rare woman who could come between Cole Sharpe and baseball. Or between Cole and any sport, for that matter.

And at Yankee Stadium in particular, the game came first. Especially a game in which the Yankees were trying to establish early dominance over the Blue Jays in the American League East division.

Cole’s eyes should have been glued to the field. Not only because the Yankees were his team—he’d been a die-hard fan since his Little League days—but because Cole was a sportswriter. Come tomorrow morning, Cole would be expected to know the details of every single at bat.

His eyes shifted once more to the narrow figure of the brunette as he took another sip of beer.

There was something about her that demanded a second look and at the same time, there was nothing about her. She was utterly, completely unremarkable.

And that was the other reason why Cole’s fascination with the woman made no sense.

Cole loved women almost as much as he loved sports, but this woman?

Cole liked women curvy, but this one was slim to the point of being skinny. There was no noticeable definition of her waist through her Jeter jersey. No womanly flare of her hips.
Plus, Cole preferred blondes, and this one’s messy ponytail was just a couple shades lighter than black.

As for her face? Well, he hadn’t seen it yet. Not fully. But she’d turned her head once in the third inning, giving Cole a quick glance at her profile. The upturned nose was cute enough, but the rest of her features were hardly so arresting as to explain why he continued to stare at her.

It took Cole another half inning to realize what it was that had captivated him.

For the first time in his life, he was seeing a woman who was more absorbed with a baseball game than he was.

Tiny Brunette, as he’d started thinking of her, hadn’t lost interest in the game once. Even between innings, when the rest of the stadium was refilling on beer and peanuts, she merely scribbled like crazy in a little notebook she kept in her lap.

It was like clockwork. The third out would signal the swap of the players on the field, and Tiny Brunette’s attention would dip toward the damn notebook.

Her left hand would sneak around to twirl her ponytail around a finger while her right hand busily wrote . . .

What did she write in that notebook? And exactly why did he want to know so badly?

Normally Cole would just ask. The seat beside Tiny Brunette was free. Everyone else in the suite was there more for the networking and the free food and booze than the game. It would have been so easy just to plop down beside her, strike up a conversation. Flirt.

But for some reason he was hesitant.

Cole told himself it was because he didn’t want to interrupt whatever it was she was so diligently working on, but there was an unfamiliar fear too.

The fear of rejection.

Because nothing about this woman signaled that she’d be interested in a conversation with him.

And that would be a first.