When does proper behavior deserve a deliciously improper reward?

The scandalously unmarried Lady Margaret Sawford is looking for adventure-and is always up for a challenge. Her curiosity is aroused by a dangerous-looking stranger with an eye patch, an ideal companion for the life she longs for, no matter what Society might say. So when the piratical gentleman turns out to be a duke-and just as boringly proper as any other nobleman-she can’t help but incite him to walk on the wild side.

Well-heeled, well-mannered, and well beyond any interest in society’s expectations, the Duke of Lasham is tired of being perfect. Margaret’s lush beauty and gently laughing eyes are an irresistible temptation to embrace the imperfect-and her. But if a little misbehavior is appealing, unleashing his wild side is completely seductive-as long as the lovely Margaret is the object of his passion… 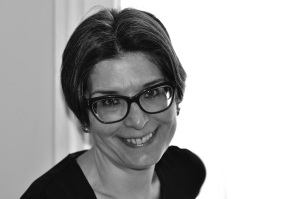 Megan Frampton writes historical romance under her own name and romantic women’s fiction as Megan Caldwell. She likes the color black, gin, dark-haired British men, and huge earrings, not in that order. She lives in Brooklyn, NY, with her husband and son.

Rafflecopter Giveaway Link: Three (3) Print sets of the Dukes Behaving Badly Series ~ THE DUKE’S GUIDE TO CORRECT BEHAVIOR, WHEN GOOD EARLS GO BAD (Novella), PUT UP YOUR DUKE and NO GROOM AT THE INN (Novella)

Too many people, too much noise

Lasham took too big a swallow of his wine, knowing his headache would only be exacerbated by the alcohol, but unwilling to forgo the possibility that perhaps, for just a few minutes, his perception would be muffled, blurred a little around the edges.

So that he wouldn’t be in a state of constant keen awareness that he was the Duke of Lasham, that he was likely the most important person wherever he happened to be—according to everyone but him—and that he was under almost continuous surveillance.

The ballroom was filled with the best people of Society, all of whom seemed to be far more at ease than he had ever been. Could ever be, in fact. He stood to the side of the dance floor, the whirling fabric of the ladies’ gowns like a child’s top.

Not that he’d been allowed anything as playful or fun as a top when he was growing up. But he could identify the toy, at least.

“Enjoying yourself, Your Grace?” His hostess, along with two of her daughters, had crept up along his blind side, making him start and slosh his wine onto his gloved hand. Occurrences like this weren’t the worst part of having lost an eye—that obviously would be the fact that he only had one eye left—but it was definitely annoying.

“Yes,” he said, bowing in their general direction, “thank you, I am.”

The three ladies gawked at him as though waiting for him to continue to speak, to display more of his wondrous dukeliness for their delight. As though he were more of an object than a person.

But he couldn’t just perform on command, and his hand was damp, and now he would have to go air out his glove before bestowing another dance on some lady he would be obliged to dance with, being the duke, and all. Because if his glove was damp, it might be perceived as, God forbid, sweaty, and sweaty-handed dukes might mean that the duke had gotten said sweat because he was enthralled with the person with whom he was dancing, which would lead to expectations, which would lead to expect a question, and Lasham knew he did not want to ever have to ask that question of anybody.

It was bad enough being the object of scrutiny when he was out in public. At home, at least, he was by himself, blissfully so, and taking a duchess would require that he be at home by himself with somebody else, and that somebody would doubtless have ducal expectations of him as well.

“Excuse me,” he said to the silent, gawking ladies. He sketched a quick bow and strode off, trying to look as though he had a destination rather than merely wishing to depart.