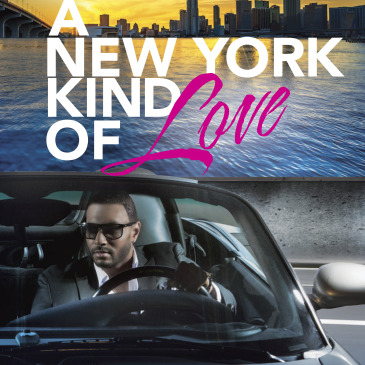 Winning an all-expenses-paid weekend in New York with Hollywoodâ€™s sexiest heartthrob makes Faith Logan the envy of women everywhere. This small-town nurse has too many responsibilities, including caring for her aging parents, to be interested in fame or status. But as the sensual celebrity escorts her to exclusive Manhattan nightclubs and glitzy movie premieres, Faith is falling fast for the genuine, charismatic man behind the slick media image.

More used to fanatics and groupies, Irvin Freeman is surprised and intrigued by Faithâ€™s down-to-earth personality. One impulsive kiss turns their private flirtation into public news. But paparazzi and crazed admirers are making her doubt their potential as a couple. Will the pressures of fame cause their love to fade before he can convince her theyâ€™ve found their own real-life happy ending? 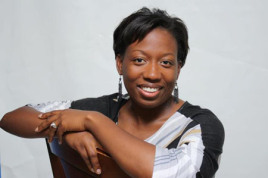 Synithia Williams has enjoyed romance novels since she was 13 years old, so itâ€™s no surprise that she began writing her own. When she isnâ€™t reading or writing, sheâ€™s working on water quality in the Midlands of South Carolina. She lives with her husband, Eric, and two boys.

She nodded. â€śIt is. I still canâ€™t believe that I won. I only signed up because my friend insisted and because the proceeds benefitted alcohol awareness. I saw so many patients come into the hospital who were suffering from alcohol abuse. Still, I never expected to win the contest.â€ť

â€śSo the possibility of a date with me had nothing to do with you entering?â€ť

She sipped her champagne and gave him a shy look from the corner of her eye. â€śI will admit the fantasy of it all did have some appeal.â€ť

â€śOh, come on. What do you want me to say?â€ť she asked with a laugh. â€śThat I stayed up every night praying that Iâ€™d be chosen?â€ť

â€śSee, thatâ€™s the problem.â€ť She pointed a finger at him, but her brown eyes flashed with humor. â€śYouâ€™re used to women throwing themselves at you. This weekend will be good for you.â€ť

â€śYou need a few days with a woman who isnâ€™t trying to get something out of you. Iâ€™m more excited about seeing the city, going to a movie premiere and trying on clothes I wouldnâ€™t be caught dead in back home than in seducing the movie star.â€ť

He placed his arm on the back of her chair, making sure to let his hand brush across her shoulders, and moved closer to her. Her eyes widened and her full lips parted with a quick breath before she looked away and finished the rest of the champagne in her glass. She might talk a big game, but Faith was attracted to him as well.

â€śThatâ€™s the third time youâ€™ve said that. Who are you trying to convince?â€ť

â€śYou. I know what youâ€™re up to, sliding close to me and giving me the sexy voice and eyes routine.â€ť

â€śYou think my voice is sexy?â€ť he asked, lowering his voice an octave.

She shook her head and laughed. â€śDonâ€™t go all Barry White on me.â€ť

â€śIâ€™d like to go all Irvin Freeman on you,â€ť he said in his regular voice. Though he tried to keep the tone light, some of his seriousness came through.

Her smile faltered, and he saw by the warming of her eyes and the catch of her breath that she heard it.

Her soft, sweet drawl slid in beneath his skin and heated his insides. It had gotten thicker with her question. How thick would it get if he were deep inside her?

â€śWhat I do with my leading ladies is acting. Iâ€™m not acting right now. What Iâ€™m thinking and feeling is all real.â€ť

He lowered his head and pressed his lips against hers, with enough firmness to let her know he was serious, but lightly enough for her to pull away if she didnâ€™t want the kiss. Her body shook, and her lips parted with a gasp. He wasnâ€™t a man to pass up an opportunity, and he took the chance to deepen the kiss.

Heâ€™d never believed in electricity or sparks igniting when a man kissed a woman, but something heâ€™d never felt before happened as he kissed her. His skin tingled, the blood rushed through his veins, his senses heightened to everything around them. The sweet scent of her perfume, the softness of her lips, the way she tasted of champagne, all seemed amplified. And like a man whoâ€™d gotten a taste of something he really liked, he dove in for more.

where romance novels intersect with my inner heroine, diverse is the default, and decolonial love is FTW