“A stellar follow-up to Gowda’s excellent debut. Vivid, heart-warming, and absorbing, THE GOLDEN SON succeeds as an immigrant’s tale and love story wrapped into one because of the beautiful writing and compelling characters that illuminate universal truths of loss and identity.”

— Heidi Durrow, New York Times-bestselling author of The Girl Who Fell From the Sky 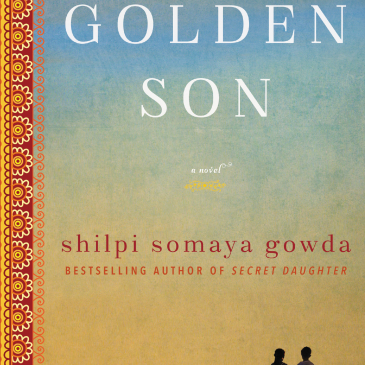 In THE GOLDEN SON Shilpi Somaya Gowda has penned an unforgettable story of family, love, tradition, and identity, in which two childhood friends—a young doctor and a newly married bride—must balance the expectations of culture and family with the desires of their own hearts.

SHILPI SOMAYA GOWDA’S debut novel Secret Daughter is a New York Times bestseller, selling more than 1 million copies since its release. Already published in Canada, THE GOLDEN SON (US publication February 1, 2016; ISBN 9780062391452; $26.99) has been a runaway best-seller, hitting all the major lists for five consecutive weeks, and spending two at the #1 slot on the Globe and Mail list. Set in India and the US, THE GOLDEN SON is a tale of friendship, coming of age, and traditional values versus modern freedoms—in a compelling and timely exploration of the struggles and triumphs of modern immigrants.

The first of his family to go to college, Anil Patel, the golden son, carries the weight of tradition and his family’s expectations when he leaves his tiny Indian village to begin a medical residency in Dallas, Texas, at one of the most competitive hospitals in America. Navigating a major American city and a high stakes career in a busy hospital, reality versus “the dream” of living in America brings for Anil the excitement of first love—and a crushing misstep. Anil is then hit by another blow when his father dies, and he is faced with the pressure of being the newly appointed head of the Patel household, taking on the role of arbiter for all the village disputes back home. Anil is doubtful he has the wisdom and courage demonstrated by his father and grandfather to step into the role, and is uneasy with the challenge.

In India, Anil’s closest childhood friend, Leena, struggles to adapt to her demanding new husband and relatives. Arranged by her parents, the marriage shatters Leena’s romantic hopes, and eventually forces her to make a desperate choice that will hold drastic repercussions for herself and her family. Though Anil and Leena struggle to come to terms with their adult identities thousands of miles apart, their lives eventually intersect once more—in a sequence of events that illumines the fraught, unforeseen nature of life, and the sometimes disappointing and perplexing developments that hold no real answer.

Tender and bittersweet, THE GOLDEN SON highlights the intense struggles of both Anil and Leena—two people caught between a traditional culture that demands the best interests of the entire family be considered above all else—and an increasingly modern world in which each individual can voice their preferences and attempt to live their dreams. 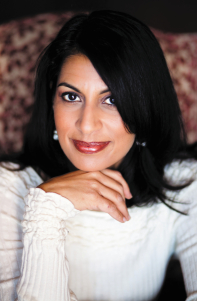 Shilpi Somaya Gowda was born and raised in Toronto, Canada. Her fiction debut, Secret Daughter, was published in 2010 and became an international bestseller, translated into over 20 languages, and selling more than 1 million copies worldwide. Shilpi holds an MBA from Stanford University, and a Bachelor’s Degree in Economics from the University of North Carolina at Chapel Hill, where she was a Morehead-Cain scholar. Shilpi is also a mom, and a pottery and chess enthusiast. She lives in California with her husband and children. For more information please visit her on the web at: www.shilpigowda.com; Tweet her @ShilpiGowda; or look her up on Facebook at “Shilpi Somaya Gowda.”