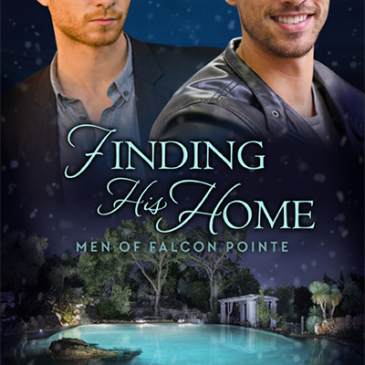 Can be read as a standalone

Sebastien Cather moves to Falcon Pointe with a dream to live life his way. Offered a room at 959 Brenton Street, he discovers how liberating it can feel to live among accepting people, especially in a household where they practice loving physical discipline. And he quickly gains a boyfriend in Avery, a fellow student. Unfortunately Avery isnâ€™t his first choice. His roommate David is fascinating and good-looking, and Bastien would do anything to have himâ€”but he doesnâ€™t think the attraction is returned.

Tensions rise as his roommatesâ€™ wedding is threatened and his present and past lives clash. Outed by the national media, Bastien knows he will never be able to return home again. Just as heâ€™s sure he canâ€™t handle any more stress, David shows his interest. Bastien slowly makes his way forward, trying to find firm footing in the minefield that is his life. But when his landlord makes an announcement about the future of the house, it may change all of his dreams.

â€śI know you say youâ€™re straight. Ever wondered if you werenâ€™t?â€ť The moment the words were out of his mouth, he wished he could bite them back. â€śNo. That came out wrong. What I meant wasâ€”â€ť David lifted a hand to forestall whatever he was going to say. Which was a good thing because Bastien had no idea what was about to pour out of his mouth.

â€śI donâ€™t think anyone is completely het or homosexual. Kinsey made a scale to place someone as to their sexual preference. Of course that was before more genders became acceptable. The chartâ€™s divided into seven possibilitiesâ€”everything from completely straight to completely gay. Itâ€™s my personal belief that we all slide along the scale. At different times in our lives, we may move one or two spots to the left or right. Some have been known to slide from one side to the other.â€ť He shrugged. â€śIn college I was a lot more experimental than I am today. Iâ€™ve been with men as well as women. For me it has more to do with the person than the sex they are.â€ť

â€śSome call it pansexual. But I donâ€™t use the term because people tend to think of it as bisexual. And itâ€™s not.â€ť He paused a moment to take a drink of water. â€śFor meâ€¦ my sex drive is tied more to the person than their sex. Sure. I notice if the person is male or female or queer, but itâ€™s the person inside who jogs my interest. Intelligence turns me on. Iâ€™ll admit Iâ€™ve dated women exclusively since I graduated law school, and I was engaged to a wonderful woman for several years. But that had more to do with the fact I did not want my sexuality to affect any job offers I might get. Being intersex and finding a partner who I find exciting both mentally and physically is a challenge. Because at some point, I have to explain that my body is a bit different.â€ť

â€śYep. Women who were horrified I had a vagina and men who were disgusted at the same thing.â€ť David shook his head and grinned ruefully. â€śStrange, huh? That the side that bothers both sexes is the female part?â€ť

â€śThat seems kind of stupid,â€ť Bastien said. â€śI mean, if you care for someone, why should that extra be a problem?â€ť Of course until a couple nights before, he had never found himself attracted to anything having to do with the female body. Until he imagined it right next to a dick.

Thianna Durston is a writer by day and supernova by night. Or at least thatâ€™s what the faeries tell her. And who is she to deny those pesky *cough* lovely little creatures?

She lives in the Pacific Northwest, though her heart belongs elsewhere. In the meantime, until she can return to the place she calls home, she happily lives in a city that still thinks itâ€™s a small town. Thankfully, it has given her muse lots of amusing places to start a story. 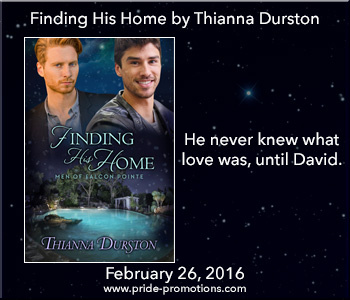